The latest COVID-19 pandemic relief bill, approved in late December, created a second draw of Paycheck Protection Program (PPP) loans. Eligible restaurants and small businesses can access $284.5 billion in new PPP loans, which can be fully forgiven if proceeds are used for allowable expenses during a selected 8-week or 24-week period that begins after the proceeds are received. This document outlines new rules published by the federal government January 6.

UNDERSTANDING WHO’S ELIGIBLE AND WHO’S NOT

Eligible Businesses: Small businesses, sole proprietors, independent contractors and others that previously received a PPP loan can apply for a second draw PPP loan, if they satisfy the law’s requirements.

Ineligible Businesses: A business/organization that was not in operation on February 15, 2020; publicly traded companies; a recipient of a Shuttered Venue Operator Grant as established by the COVID-19 Relief Act; foreign-owned or operated businesses; some other limited exclusions.

Qualifying Business Size: To qualify, an eligible business must employ fewer than 300 employees. For restaurants and hotels operating under NAICS 72, this size standard is set at 300 “per physical location,” allowing companies with multiple locations to access a second draw. Restaurants and hotels had a similar standard under the first draw in 2020, but that threshold was set at 500 employees per location.

“Gross Receipts” include all revenue in “whatever form received or accrued from whatever source,” including from sales of products or services, interest, dividends, rents, royalties, fees, or commissions, reduced by returns and allowances. Generally, receipts are considered “total income” (or in the case of a sole proprietorship, independent contractor, or self-employed individual “gross income”) plus “cost of goods sold,” and excludes net capital gains or losses. “Gross Receipts” cannot include a forgiven PPP loan; taxes collected for and remitted to a taxing authority if included in gross or total income (such as sales or other taxes collected from customers and excluding taxes levied on the concern or its employees); proceeds from transactions between a concern and its domestic or foreign affiliates; and amounts collected for another by a travel agent, real estate agent, advertising agent, conference management service provider, freight forwarder or customs broker. All other items, such as subcontractor costs, reimbursements for purchases a contractor makes at a customer’s request, investment income, and employee-based costs such as payroll taxes, may not be excluded from gross receipts. Gross receipts documentation is required for all applicants of $150,000+ loans, but lenders must also conduct a “good faith review” of all documentation for forgiveness.

For second draw loans greater than $150,000, an applicant must show documentation to the lender to show the 25% loss, such as annual tax forms or (if relevant tax forms are not available) quarterly financial statements or bank statements.

For second draw loans of $150,000 or less, documentation is not required at the time of application, but must be submitted on or before the date the borrower applies for loan forgiveness.

HOW MUCH RELIEF IS AVAILABLE?

An eligible NAICS 72 restaurant or hotel determines its second draw PPP loan amount by choosing an average monthly payroll option and multiplying that figure by 3.5; other types of businesses are limited to multiplying this figure by 2.5, but eligible restaurants and hotels have increased access to PPP funds. The maximum PPP second draw loan available to any business is $2 million.

For a new entity, that did not exist during the one-year period before February 15, 2020, but was in operation on February 15, 2020, its loan amount can be calculated by multiplying the below figure by 3.5: 1. The sum total of monthly payments made by the borrower to cover payroll costs (as of the date the borrower applies for the second draw loan) and dividing that sum by: 2. The number of months in which those payroll costs were paid.

For seasonal businesses, the figure can be calculated by selecting the average total monthly payments for payroll costs paid by the eligible business for any 12-week period between February 15, 2019 and February 15, 2020. These seasonal businesses can use the 3.5 multiplier if they are NAICS 72. • Criteria to establish a seasonal business is that it operates seven months or less per year; or in the preceding calendar year, has gross receipts for any six months of the year that were not more than 33.33% of the gross receipts of the business for the other six months of such year.

SBA has authority to issue loans under the PPP second draw through March 31, 2021, but there may be liquidity concerns before this date given the ongoing and substantial need among small businesses.

The loan forgiveness process is mostly maintained from the Paycheck Protection Program Flexibility Act, signed into law in June 2020. An applicant selects a covered period between 8 and 24 weeks at the election of the borrower. Similar to the first draw PPP, a second draw borrower must use at least 60% of the PPP proceeds for payroll expenses, and no more than 40% of the proceeds for non-payroll expenses.
• Example: If a borrower receives a $100,000 PPP loan, and during the covered period the borrower spends $54,000 (or 54%) of its loan on payroll costs, the maximum amount of loan forgiveness the borrower may receive is $90,000 (with $54,000 in payroll costs constituting 60% of the forgiveness amount and $36,000 in non-payroll costs constituting 40% of the forgiveness amount).

Forgivable Expenses for Payroll: • Salary, wages, commissions, cash tips or the equivalent (based on employer records of past tips or a reasonable, good-faith employer estimate of such tips). • Payment for vacation, parental, family, medical, or sick leave. • Allowance for separation or dismissal. • Payment for the provision of employee benefits consisting of group health care or group life, disability, vision, or dental insurance, including insurance premiums, and retirement.
• Payment of state and local taxes assessed on compensation of employees. • For an independent contractor or sole proprietor, this includes wages, commissions, income, or net earnings from self-employment, or similar compensation.

Excluded Payroll Expenses include compensation for employees living outside the U.S., compensation of an employee in excess of $100,000 per year (prorated for the period during which the payments are made or the obligation to make the payments is incurred); federal employment taxes imposed or withheld during the applicable period, including the employee’s and employer’s share of Federal Insurance Contributions Act (FICA) and Railroad Retirement Act taxes, and income taxes required to be withheld from employees; and qualified sick and family leave wages through the Families First Coronavirus Response Act.

Eligible/Forgivable Expenses for Non-Payroll Expenses:
• Rent payments; • Mortgage interest payments (but not mortgage prepayments or principal payments); • Utility payments; • Interest payments on any other debt obligations incurred before February 15, 2020; • Refinancing an SBA EIDL loan made between January 31, 2020 and April 3, 2020; • Operations expenditures (payments for any business software or cloud computing service for business operations, product or service delivery, the processing, payment, or tracking of payroll expenses, human resources, sales and billing functions, or accounting or tracking of supplies, inventory, records and expenses); • Property damage costs related to vandalism or looting due to public disturbances that occurred during 2020, not covered by insurance or other compensation; • Supplier costs for goods that are essential to the business’ operations at the time when the expenditure is made and is made for a contract, order, or purchase order 1) in effect at any time before the covered period with respect to the second draw loan; or 2) with respect to perishable goods, in effect before or at any time during the covered period with respect to the applicable covered loan. • Worker protection expenditures are defined as: operating or capital expenses to adapt business activities to comply with guidance from federal agencies (HHS, CDC, OHSA), or any equivalent guidance from a state or local government, during the period beginning on March 1, 2020 until the national COVID-19 emergency expires related to new standards for sanitation, social distancing, or any other worker or customer safety requirement related to COVID-19. These expenditures include: o Purchase, maintenance, or renovation of assets to create or expand a drive-thru window facility o An indoor, outdoor, or combined air or air pressure ventilation or filtration system o A physical barrier such as a sneeze guard o An expansion of additional indoor, outdoor, or combined business space o An onsite or offsite health screening capability o Other “assets” determined by SBA o Particulate filtering facepiece respirators approved by the NIOSH, including those approved only for emergency use authorization o Other kinds of personal protective equipment, as determined by SBA

PPP borrowers—for both first draw and second draw—with loans of up to $150,000 can use a streamlined, one-page loan forgiveness form. Borrowers are required to certify they have complied with the program.

PPP loans of up to $150,000 will be forgiven if the PPP borrower:
1. Submits simple, one-page certification with a description of the number of employees the eligible recipient was able to retain and the estimated amount of the covered loan spent by the eligible recipient on payroll costs, and 2. Affirms that the borrower accurately provided the one-page certification and complied with PPP requirements; and retains records to comply with requirements: • for employment records, the four-year period after submission of the forgiveness application; and • for other records, the three-year period after submission of the forgiveness application.

When a PPP borrower submits a one-page certification and retains the proper documentation, it appears the lender can approve forgiveness in full. All borrowers may be subject to SBA audit. For borrowers with loans over $150,000, the documentation and process remains the same.

Allowable business expenses paid with PPP funds, from round one or two, are now tax deductible: The latest pandemic relief bill amended the CARES Act to specify that no deduction would be denied, no tax attribute would be reduced, and no basis increase would be denied, by reason of the exclusion from gross income of the forgiveness of an eligible loan. The change applies for tax years ending after March 27, 2020. The new revenue ruling makes “obsolete” previous IRS/Treasury guidance from the IRS and the Treasury last year in Notice 2020-32 and Revenue Ruling 2020-27, which stated that PPP loan forgiveness expenses could not be deducted.

LOAN TERMS RETAINED IN FIRST- AND SECOND-DRAW
• The federal guarantee percentage remains at 100% of the loan, with no collateral or personal guarantees required by borrowers. • The interest rate is 1%, calculated on a noncompounding, non-adjustable basis. • The loan maturity is five years. • Loans will be processed by lenders under “delegated authority,” as lenders can rely on borrower certifications to determine the borrower’s eligibility and use of loan proceeds.

Restaurants and hotels (NAICS 72) retain a waiver of SBA affiliation rules, created by the CARES Act, when accessing PPP first draw and now second draw loans. As stated by the SBA rules, if each hotel or restaurant location “owned by a parent business is a separate legal business entity and employs not more than [300] employees, each hotel or restaurant location is permitted to apply for a separate PPP loan provided it uses its unique [employer identification number] EIN.” This waiver ensures that restaurant and hotel eligibility for second draw PPP loans is governed by the same affiliations rules (and waivers) as first draw PPP loans, except for the 300 employee-per-location limit.

It appears that eligible businesses that are part of a “single corporate group” cannot receive more than $4 million in the aggregate. The SBA created this limitation of $4 million since it is “proportional” to the $20 million maximum amount for a single corporate group under the first draw of PPP, when the maximum loan amount was $10 million. 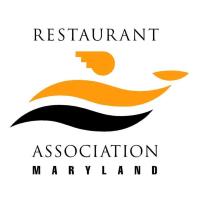