July 20, 2020 – Salisbury, Md. – The Community Foundation of the Eastern Shore annually celebrates local philanthropic service through its annual awards. Announced each November, these awards are considered among the most prestigious philanthropic service honors in the Lower Shore region. Recipients must first be nominated for an award and then selected by a committee of community volunteers. CFES is now accepting nominations until August 28, 2020 for the Richard A. Henson Award for Nonprofit Excellence, the Frank H. Morris Humanitarian Award, and the Mary Gladys Jones Volunteer of the Year Award.

To nominate an individual or organization for one of the awards, visit CFES.org/awards and complete the application. The award recipients will be announced in early November by the Community Foundation.

Richard A. Henson Award for Nonprofit Excellence: Presented annually to a qualified 501(c)3 nonprofit organization in Somerset, Wicomico, or Worcester counties which has implemented a program or project that has made an outstanding contribution to the well-being of residents of the Lower Eastern Shore. The Foundation will grant $5,000 donation to the recipient.

Frank H. Morris Humanitarian Award:  Recognizes an individual who has made outstanding, sustained, and unselfish contributions to community enrichment and whose vital ideas and personal sacrifices exemplify the philanthropic spirit of our community. The Foundation grants $1,500 to the Morris Award winner’s charity of choice.

About the Community Foundation: As leaders, grant makers, and stewards of philanthropy, the Community Foundation of the Eastern Shore connects people who care to causes that matter for the common good of the Lower Eastern Shore.  We are a 501c3 nonprofit with an inspiring history of fostering charitable endeavors, and have provided more than $89 million in grants and scholarships to the local community since 1984. We collaborate with individuals, families, and businesses to match their charitable interests with community needs and strengthen local nonprofits through grants and resources. We are devoted to improving our regional community and believe in the power of philanthropy. 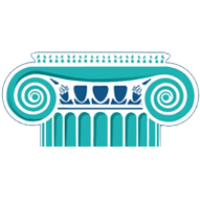