The Ocean Pines Players (OPP) is proud to report that its first full season since 2018 is off to a great start.  The first production, Rodgers & Hammerstein’s “A Grand Night for Singing,” was sold out two weeks in advance! The dinner-theater production at the Ocean Pines Yacht Club on November 18 was overwhelmingly well received by the 180 attendees. One was heard to say, “it’s so refreshing to have local live theater back in our neighborhood.”

With no time to rest on its laurels, OPP is holding auditions for their next show, “Play On!” on Wednesday, December 7 and Thursday, December 8, from 6 to 8pm at the Ocean Pines Community Center. The show is a comedy about a community theater trying to produce a murder mystery play, the author of which changes the script and lines shortly before the play is about to open. Anyone who has been involved in rehearsing a play will identify strongly with the maxim “If anything can go wrong – it will.” And it does in this rollicking play.

The cast calls for three men and seven women. Six of the actors will play two roles - one in “Play On!” and one in the internal play they are trying to stage, called  “Murder Most Foul.”

Each Saturday prior to auditions, OPP will have a table at the Ocean Pines Farmers & Artisans Market to meet potential applicants and patrons.

Performances will be staged March 10, 11, 17, and 18, 2023, at the Most Blessed Sacrament School on  Racetrack Road, Berlin. Those interested in auditioning can go to the website: https://oceanpinesplayers.org and click on “Auditions/Play On” to complete an audition form and get more information. 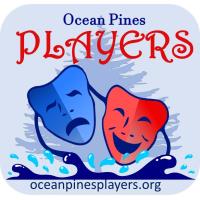